Our team works together to create a specialized recovery plan for each of our patients. We are a diverse office with a range of specialties to help with even the most complicated cases. Learn more about each team member below.

Mike Lauffer, PT
Mike is a 1988 graduate of Eastern Washington University. He is a native of Montana and attended Montana State University in Bozeman, MT before making the move to the “Big City” of Spokane.

Mike began working at B & B Physical Therapy in 1997 and has been the owner since 2006. In twenty years of clinical practice he has continued his education in the areas of Orthopedics, Sports Medicine, Geriatrics and Manual Therapy Techniques. He has developed special interests in running mechanics, bicycle fitting, performance enhancement and endurance sports performance. Mike has treated clients of all ages and abilities including seniors, injured workers, “weekend warriors”, recreational athletes and age group competitors. He has treated athletes of all levels including high school, collegiate and professional athletes.

Mike is an avid runner, cyclist, triathlete and skier. He has competed in eight marathons including the Boston Marathon in 2004 and 2013. Mike enjoys road and mountain biking as well as bicycle touring. Nordic and alpine skiing round out his winter activities. Mike volunteers with the Nordic Kids program teaching young children to cross country ski. 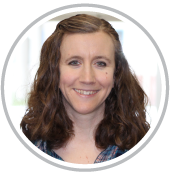 Lanaia Severino PT, DPT
Lanaia received a BS in Exercise Physiology from Eastern Washington University in 2003 and Doctorate of Physical Therapy from Regis University in 2006. During her undergraduate education, she ran cross country and track on a collegiate scholarship, where she placed multiple times in the 10,000 meter Big Sky Championships. She graduated from Shadle Park High School in 1999, where she was a repeat state finalist in cross country and track. Lanaia has a strong interest in manual therapy, biomechanical assessment, and balance disorders. 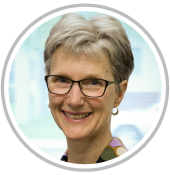 Mary Ellen Anton PT
Mary Ellen received a BS in Biology from The College of William and Mary where she played on a golf scholarship for four years. She also worked as a student athletic trainer with both the men’s and women’s athletic departments for four years. She then received a BS in Physical Therapy from the Medical College of Virginia and went on to be certified as an athletic trainer in 1986. Since that time she has spent over 20 years in outpatient orthopedics with special interest in treating TMJ, spine and incontinence patients. Personal interests include baking, camping and hiking with her family.

Kameron Crosswhite, PT, DPT
Kameron received a BS in Exercise Science from Eastern Washington University in 2015 before going on to receive a Doctorate of Physical Therapy from the University of Puget Sound in 2019. He is passionate about treating musculoskeletal injuries and dysfunction and has a special interest in treating athletes of all ages and sports backgrounds. Kameron was a high school football and track and field standout and planned to continue his athletic career at EWU before injuries ended that pursuit. He uses a functional exercise base of treatments with manual and other therapies adjunctly in order to help patients regain and improve their overall functional mobility.

He is also a Titleist Performance Institute Medical 2 Certified medical provider able to perform screens for golfers looking to improve their game or assist in rehab from injury to get back on the course. In Kameron’s time off he enjoys spending time with his wife, 2 kids and Goldendoodle especially if it involves anything competitive. 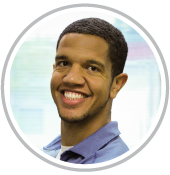 Nathan Duncan PTA
Nathan Duncan is a proud Spokane native and a graduate from the Physical Therapy Assistant program at Spokane Falls Community College in 2017. He received his bachelor’s degree in Exercise Science pre-Occupational Therapy at Eastern Washington University. Originally, Nathan went to school to become a police officer, but realized his passion was in helping people adopt healthy lifestyle behaviors and injury prevention.

In Nathan’s spare time he enjoys competing in triathlons, running, mountain biking, and strength training. He loves spending time with his family, and feeding the neighborhood cats. He is very passionate about health and wellness and would some day like to hold the record for the oldest competitor to complete an Ironman.